(Alphabetical order after the first entry) 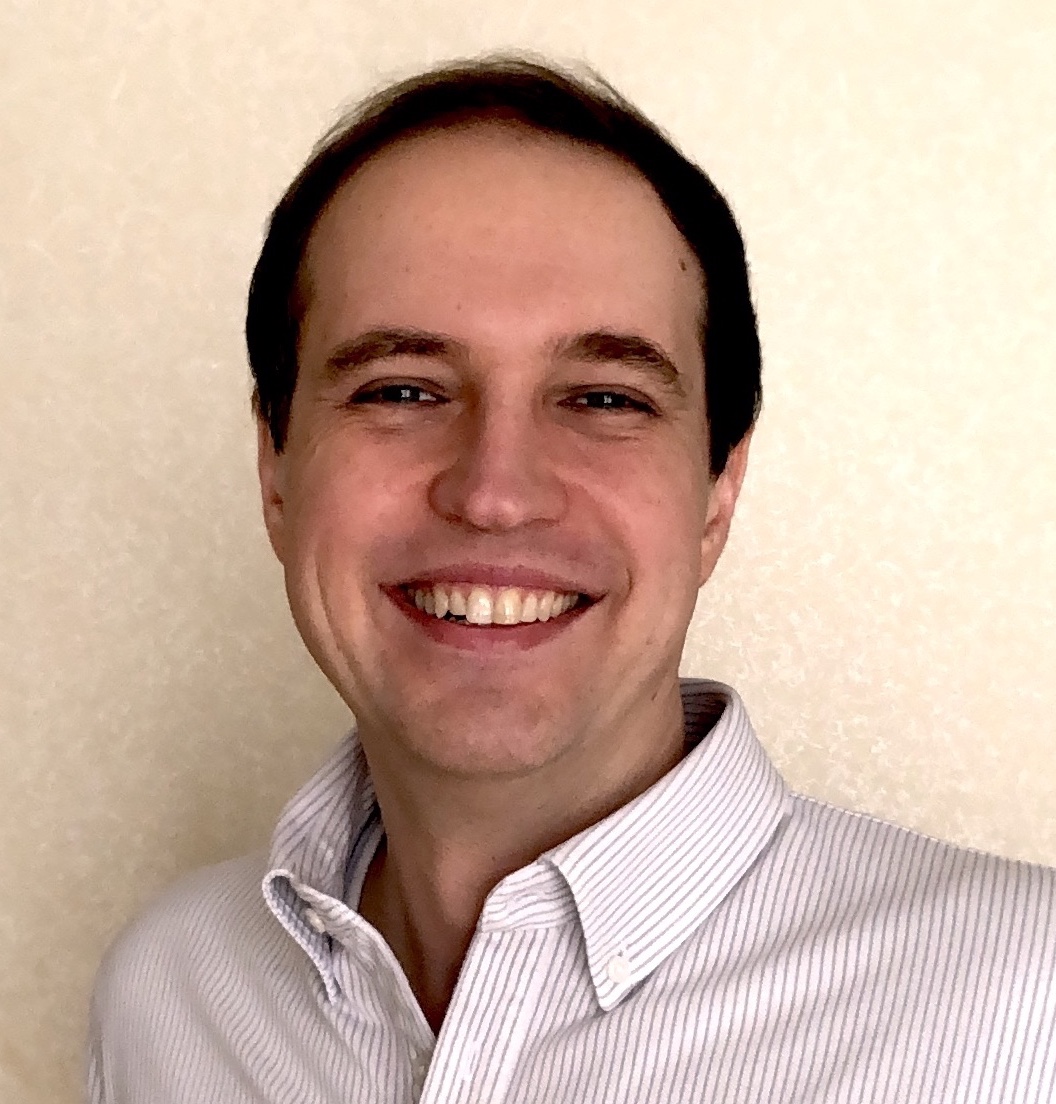 Michal is the main person responsible for this school's operations and teaching.

Michal started his research as an undergraduate at Charles University in Prague, collaborating on a string theory project with Petr Ho&#345ava, then at Caltech. He completed his physics Ph.D. under the supervision of Eva Silverstein at Stanford. At that time he also extensively traveled to developing countries and learned about the living conditions there.

After a short postdoc at the IAS in Princeton, Michal joined Harvard University as a Junior Fellow at the Harvard Society of Fellows. Meeting Ben Olken there convinced him that academic research can play an important role in improving conditions in developing countries. Since he felt he still had much to learn, Michal completed a Ph.D. in economics at Harvard University. His primary advisor was Gita Gopinath, now the Chief Economist at the IMF. Similarly, Michal spent a substantial amount of time on other data-intensive subjects, such as machine learning and artificial intelligence.

Traveling to the Philippines as a part of Yasuyuki Sawada's Development Economics research team convinced Michal that there is room for an independent institution/school that could solve many problems that are currently left unsolved. You are now reading its first website.

The institution is starting from a modest size, but it is backed by more than a decade of intensive learning. It has been designed to grow over time and to make contributions to education, research, and policy discussions. The focus is on contributions that would be hard or impossible to make at existing institutions either due to the rigidity of their internal structure or due to a lack of motivation to address socially important problems.

Michal has three children: two boys and a girl. 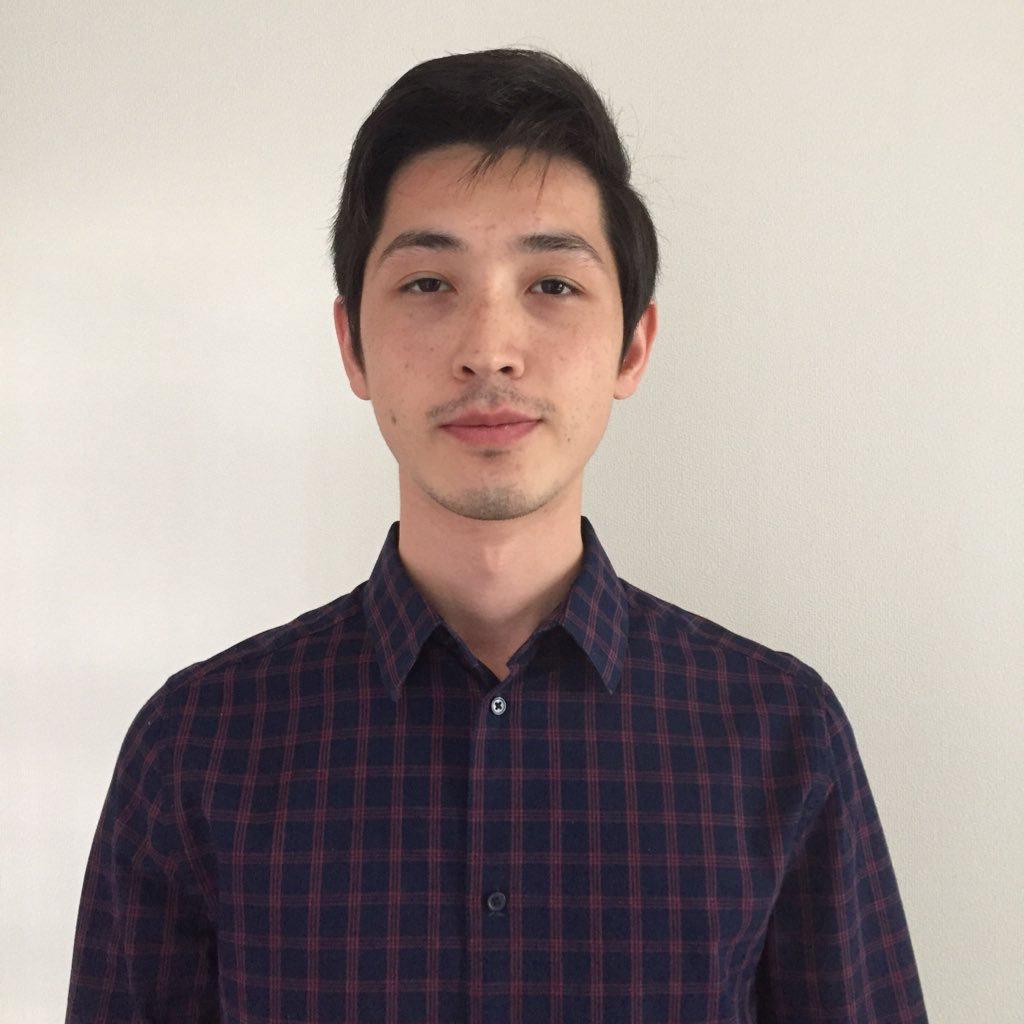 Alisher is a Machine Learning and Computer Vision engineer at Browzzin, a Singaporean company developing AI technologies for the fashion industry. Previously, he interned in the R&D Department of the Rakuten Institute of Technology and worked at PKSHA Technology, where he developed and deployed in production Deep Learning models for Computer Vision.

Alisher, a citizen of Kyrgyzstan, is passionate about providing high-quality education in lower-income countries and contributes to related initiatives. He is also an active team member of Machine Learning Tokyo, which brings cutting-edge Deep Learning knowledge to thousands of community members. 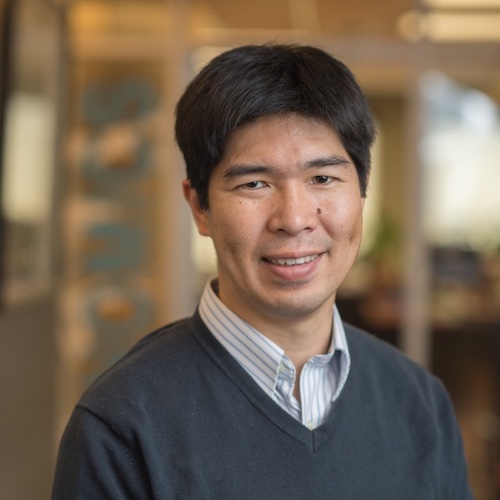 Hiro is an Associate Professor of Economics at the University of British Columbia, working on Econometrics, International Trade, and related fields. He serves as a co-editor for the Canadian Journal of Economics and as an associate editor for the Japanese Economic Review. Hiro has taught courses on Probability and Statistics, Econometrics and Quantitative Methods, Applied Econometrics, International Trade, Macroeconomics, and Economic Policy. 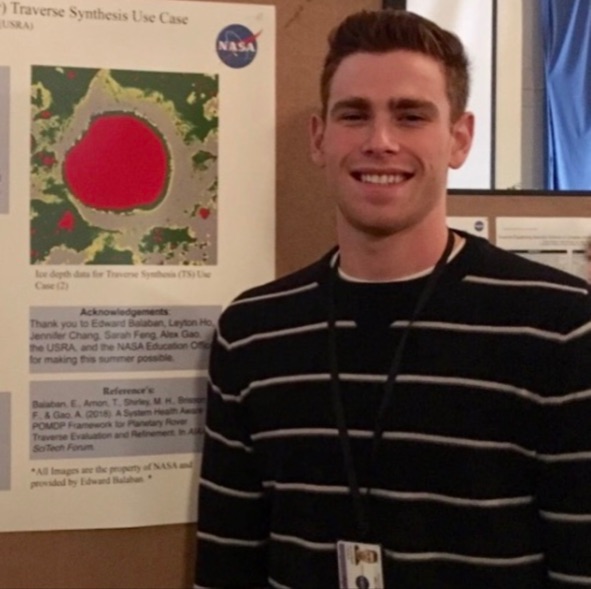 Logan is currently in his junior year at Harvard University studying computer science. In addition to his undergraduate studies at Harvard, Logan is studying at Oxford University in an advanced undergraduate program focused on Information Technology System Analysis and Design. He is also pursuing a Masters in Data, Economics, and Development Policy at the Massachusetts Institute of Technology at the same time.

Ashutosh is a graduate student at the University of Tokyo's Institute of Industrial Science and recently interned as a Deep Learning and Remote Sensing Data Fusion Engineer at the National Aeronautics and Space Administration (NASA), Jet Propulsion Laboratory.

The primary academic research area Ashutosh focuses on is Deep Learning for autonomous vehicles. As a visiting scientist at Heidelberg University, he worked on feature relevance analysis for 3D point cloud classification. Currently, he is working on developing machine-learning algorithms for traffic volume count from portable devices mounted on vehicles.

Ashutosh graduated from the Indian Institute of Technology (IIT) Kanpur with a degree in Civil Engineering. He was awarded the Proficiency Medal for the best undergraduate project by graduating students in his program and won the Academic Excellence Award for outstanding academics in 2017. He also won the Ueda Memorial Foundation Scholarship for his studies at the University of Tokyo, after previously having been selected for the India-Japan-Education-Program Internship.

Ashutosh loves exploring and teaching deep learning techniques for the development of new applications for society. When he served as a teaching assistant for Michal's graduate-level Deep Learning course at the University of Tokyo in fall 2018, the students were enthusiastic about all the excellent teaching and support Ashutosh was able to provide. 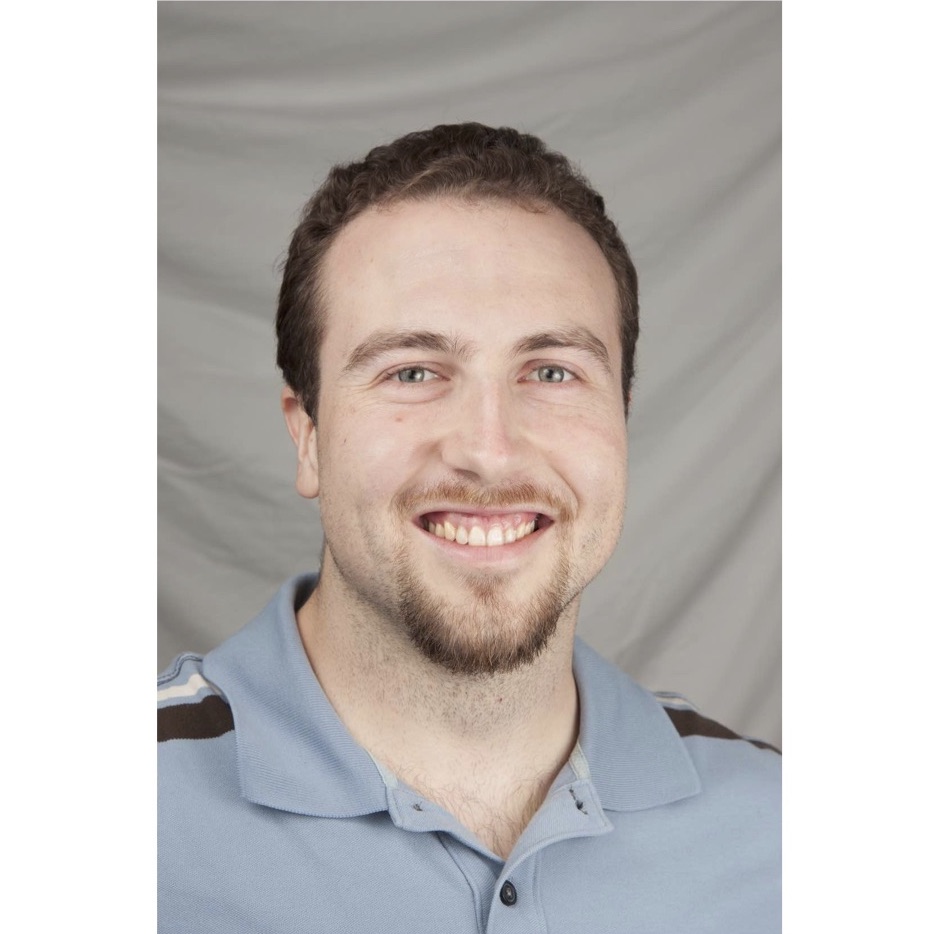 Marshall has spent a decade or so building systems at everything from Fortune 100 companies to tiny startups, and most recently has focused on machine-learning infrastructure. Machine Learning is one of the relatively few areas nowadays where performance considerations are critical to building viable products, and the landscape of tools and best practices for how to actually deploy machine-learning systems successfully remains immature. This meshes nicely with Marshall's longstanding interests in building robust, efficient systems that make good use of the underlying hardware.

Despite choosing the industry route originally by leaving a PhD program to join a startup, he's now managed to find his way back to academia to teach the occasional Computer Science course at the local University of Montana. When he's not learning, teaching, mentoring, or building software, he spends as much time as possible outdoors enjoying the wilderness. 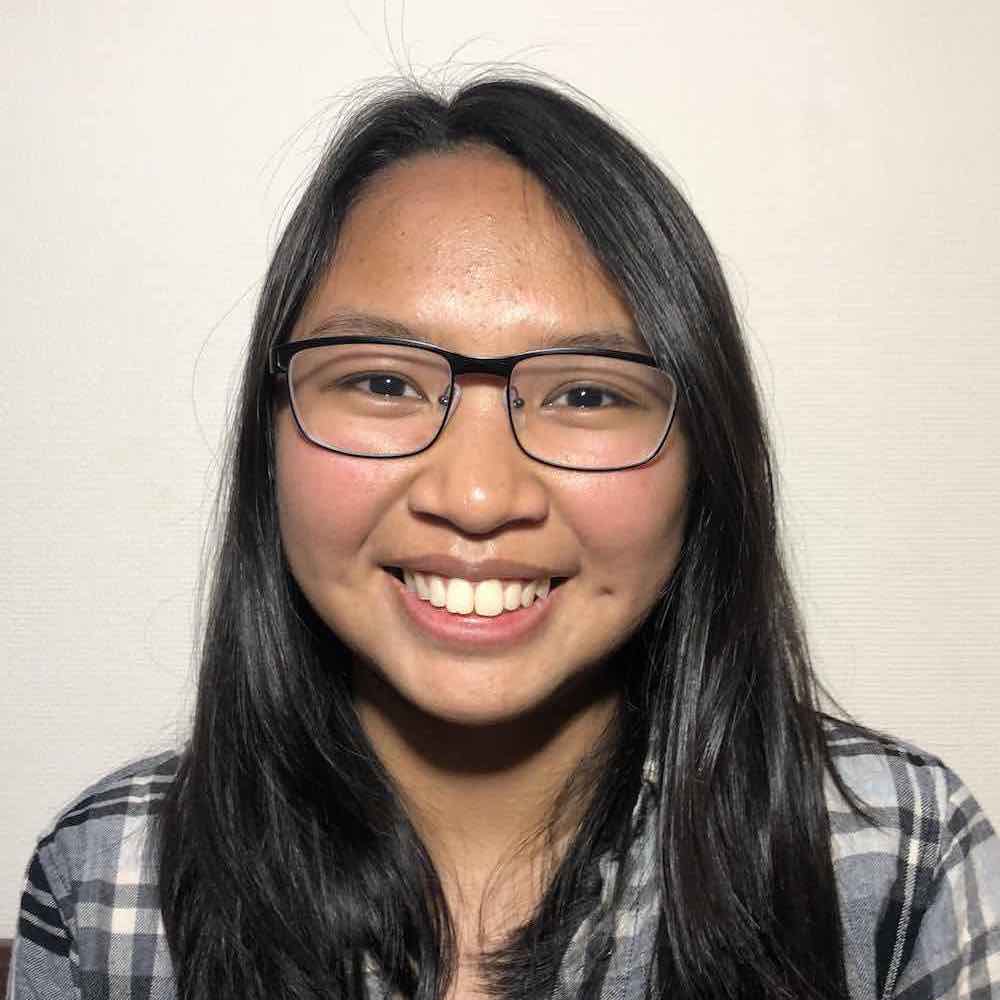 Nathalie is a Computer Science graduate student at the University of Tokyo. Her current primary research area is Deep Learning for video data, with focus on spatiotemporal action localization in videos using convolutional and recurrent neural networks. She also works on generative adversarial networks, attention models, and natural language processing.

Nathalie obtained her undergraduate degree at the University of the Philippines, majoring in Computer Engineering. During her studies, she conducted research at a robotics laboratory, where she implemented a Computer Vision system for autonomous vehicles. Before joining the University of Tokyo, she also spent a year working on a research project developing an automated tracking and locking system for bicycles.